Yesterday we travelled by train (x 2) and bus from Copenhagen to Billund, the site of LEGOLAND. There’s an option to fly here from Copenhagen, but it still means a train or bus to the airport, then another bus to the park. Renting a car is reportedly the easiest option, but incredibly expensive (like many things here).

So we opted to test out the robust public transportation system here. Not the easiest trip ever, but two thumbs up for a national public transit system that lets you seamlessly “swipe in” with one access card for the whole country and across all modes. No separate fares for trains, buses or the metro. Also friendly if you want to bring your bike or stroller.

Last night we stayed at Hotel Svaden, roughly 700m from the park entrance, but 1/4 the cost of a night at the official LEGOLAND Hotel. It served its purpose.

The park opens at 10am daily. We stopped for breakfast at an Espresso House, right across the street from the park prior to entering and avoided breakfast at a pricey all-you-can-eat buffet.

The only negative about today – the weather. Today was 62 degrees and rainy, the entire day. As Amir said, “what are we going to do, go back to Copenhagen?” So in Louka style, we made the most of it.

Admittedly, the yellow ponchos were pretty fun. I now feel bad for the multitude of people I’ve made fun of over the years at various theme parks. Desperate times call for desperate measures.

I’m pretty sure the LEGOLAND website can do a better job showcasing everything the park has to offer in much greater detail, so I’m just going to drop some photos and small details.

It was fun seeing the sites of Denmark built intricately in hundreds of thousands of LEGOs, particular scenes like Nyhavn which we’d visited just two days earlier. 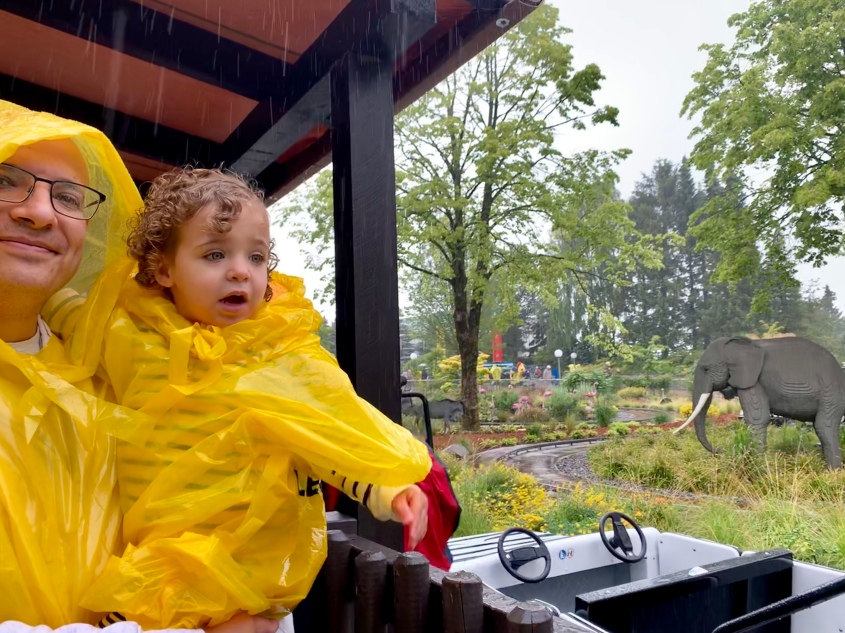 After riding on a Jungle Safari, we headed to Duplo land, a playground designed just for kids under six. With a hospital, an ambulance and 3 slides, it was everything this team wanted.

Next we headed to the carousel to ride a horse. The ride allows a parent to stand in the middle and chaperone a little one, which is nice at our age.

After the carousel, the rain had intensified, so we went in search of an indoor activity and landed at Atlantis, the aquarium. There’s a short film before entering the aquarium itself, but you are quickly greeted by sharks, clown fish, stingrays and various other colorful creatures.

After the aquarium we met and hugged a beautiful princess and indulged in strawberry ice cream at the request of #1Toddler. 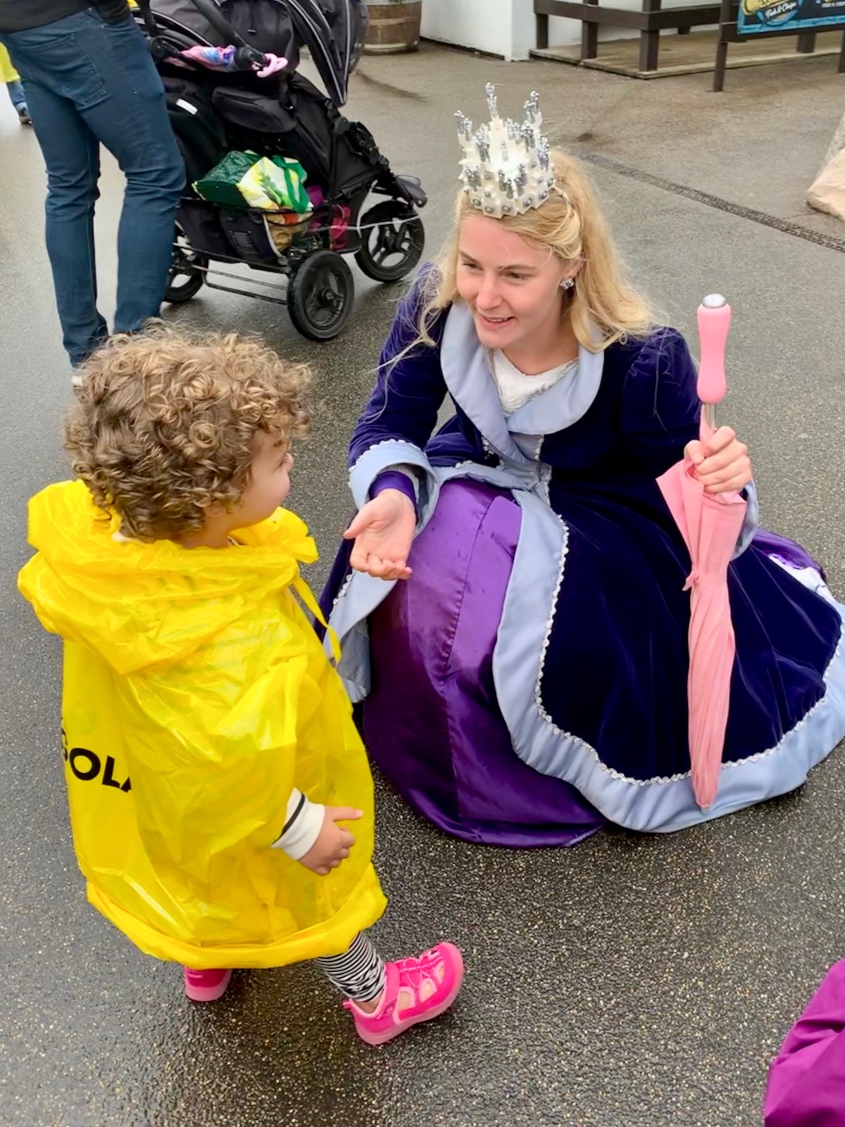 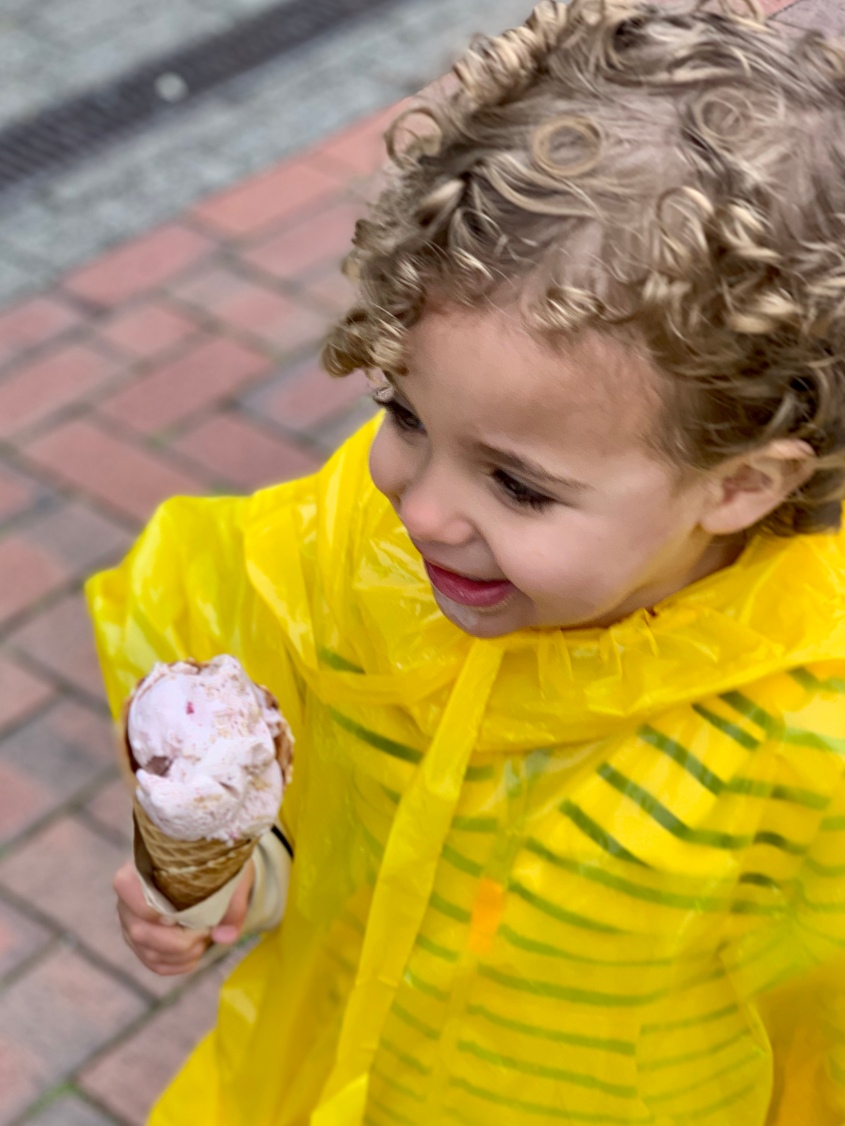 We would have stayed a tad longer, but #1Toddler eventually passed out in the stroller. 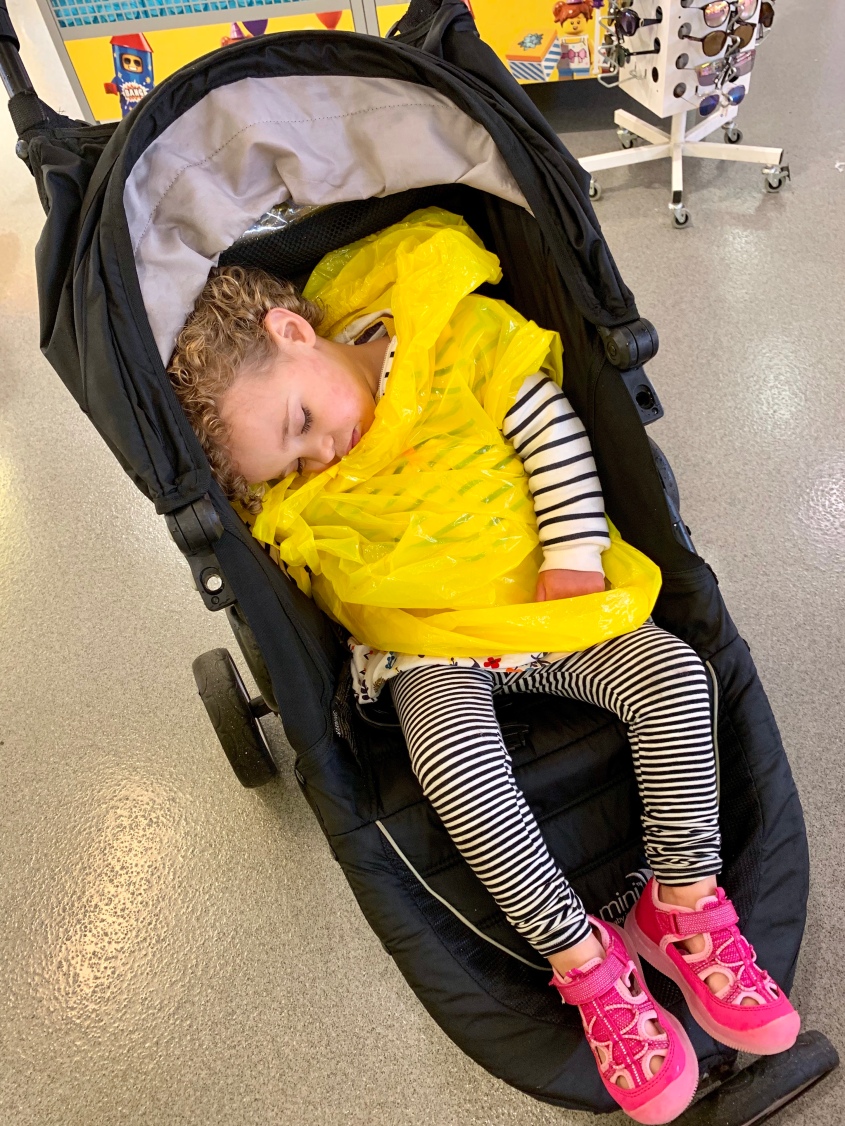 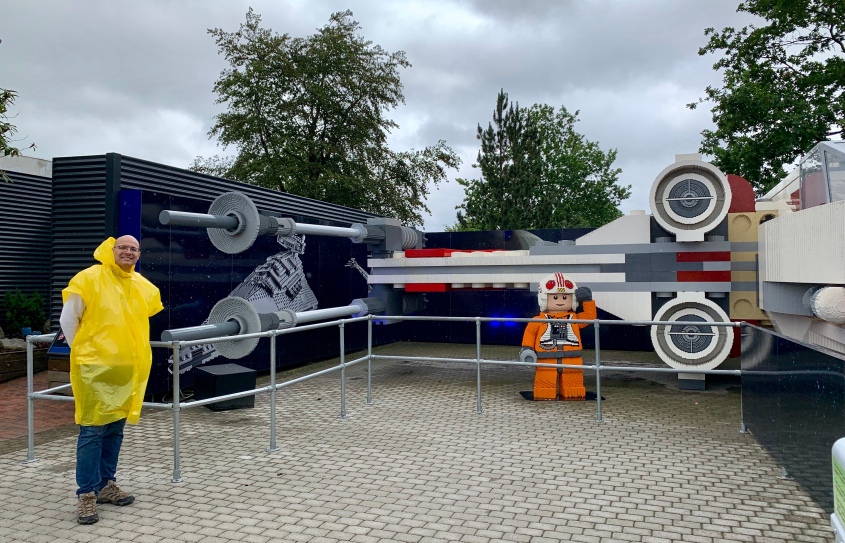 We took the bus-train-train route back to our hotel and exhausted, enjoyed a nice dinner in the warmth and convenience of our hotel restaurant. 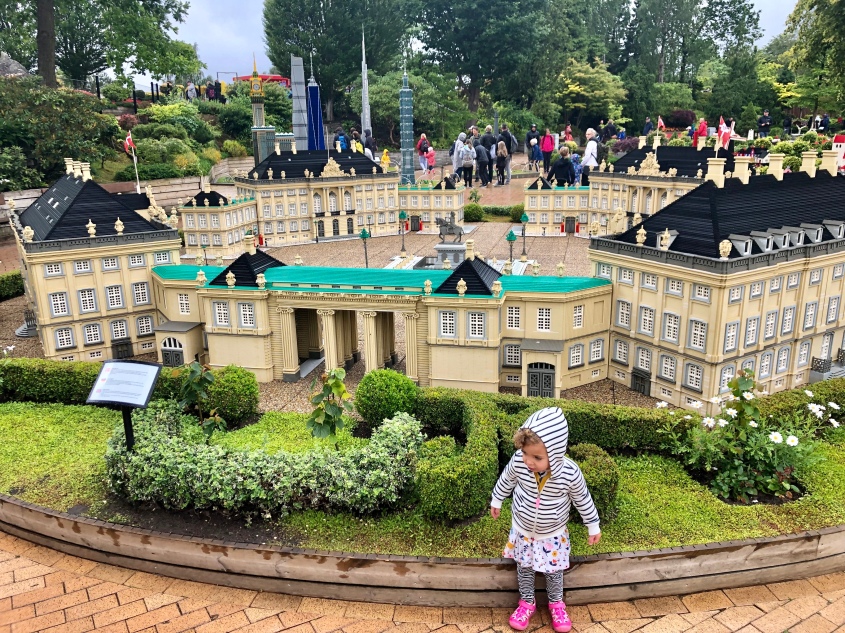 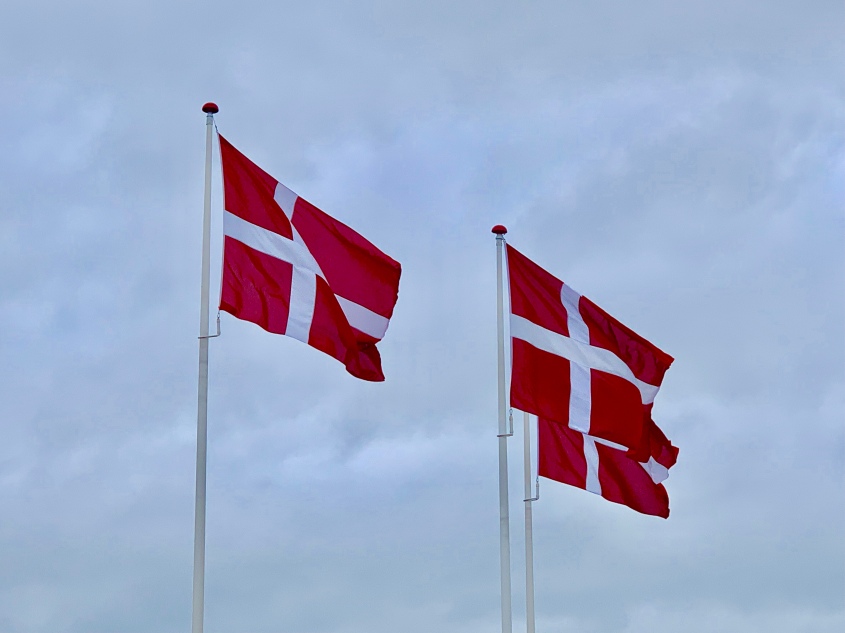